I was walking along upper paya lebar road when I saw this bulding under construction that caught my eyes........ 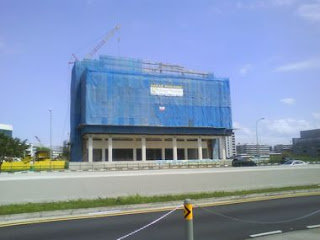 What so special is this building? Taking a closer look at the banner....than I saw this is actually belongs to Sakae......the sushi that got queue every on weekday at compasspoint...no wonder they are doing so well and now getting a building for their own.....

Posted by run to live at 11:16 PM No comments: Links to this post

Updates on the New Installations in Bugis Area

Remember I blog about New Installations in Bugis area 2 months back?

Below is what happened to the 2 buildings: 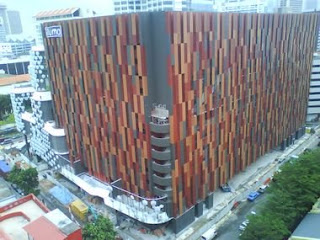 And defining a concept of economy hotel called Hotel Ibis: 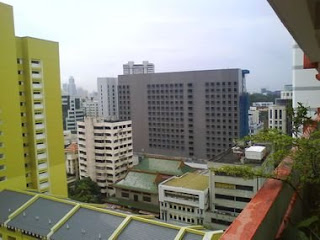 Posted by run to live at 9:10 AM No comments: Links to this post

Traditional kind of Christmas Tree found in my office 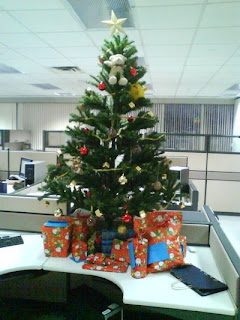 Then I found this at Suntec convention Centre: 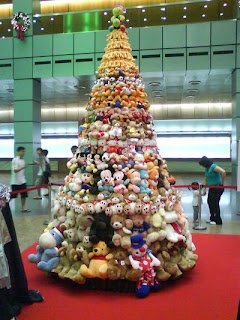 And I found this at Conrad Lobby: 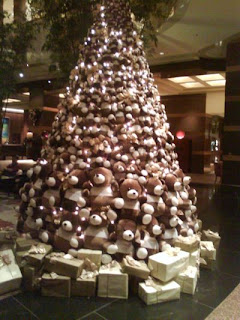 And I heard there is one more teddy bear tree somewhere in another location.....is it a trend that bears has replaced the actual tree???
Posted by run to live at 9:04 AM 4 comments: Links to this post

After laying off for more than 10 weeks due to injury and illness....i decided pick up the "bits and pieces" again...it is much more difficult to re-start from ground ZERO than to train for a marathon...

Anyway, my next IPPT is in first week of march....i should try and get more of my tax money back this time.....

The worst part of the starting phase for running is weekend runs......In normal case, sat or sun morning will be the date for long run.....where I get to choose where to run for one to 2 hrs....and I can travel far and reaching places like east coast park, changi, MacRitchie which makes long runs more interesting and motivating....but now..with no ability to run more than 30min.....choices are limited and morale is low

This morning....i just try to find a route I never run before and do a short run...

Posted by run to live at 6:46 PM No comments: Links to this post

I decided to come back earlier than plan....but my engine to blog will pick up slowly......coming back with a "sin" is more than "perfect"

History has shown that whenever I am down and out of running...I will have new gears and new shoes and this down time without fail as well.....

from the dictionary, Kanadia is a country north of the United States with indentity issues to the extent that they can't decide on a currency, language, or whether to split up or stay together. The third largest land mass in the world, with large oil reserves in Alberta, a placid/polite and relatively small population, and a large unprotected border. A country that not only tolerates the French, but caters to them...............interesting

Instead of using a double or triple density foam on the medial side, adidas uses a rubber strip that runs from the heel counter down the middle of the outer foot and the arch area of the inner foot to the outsole

The aggressive outsole provides grips to uneven surfaces of the trail

The 3 strips are not sticked to the mesh but is used to allow locking the foot with different tension of the lacing system...notice that this is not a waterproof shoes but one with good ventilation and drainage which is suitable for local tropical trail terrain and environment

The first feel of this shoes are it is light and low to the ground, the midsole is not as hard compared to typical trail shoes and the adipene at the heel landing aera is soft....the mesh is soft and well ventilated..need to go to the trail to test out its grip and protection performance....this is good for fast and furious trail runs

I will be back

and I chickening out this sunday.....

I WILL BE BACK!

run to live
Once a Runner, Always a Runner Run to complete, No compete

This is a Flickr badge showing photos in a set called Run routes. Make your own badge here.

My Training Logs at