In Remembrance of Mr Terence Yeo

On 28-Nov-2014, we received a shocking news of our fellow runner and Vice Principal of Queensway Secondary School, Terence Yeo Nai Ju has passed away in Sabah.
The cause of death is cerebral hemorrhages (Ruptured of brain blood vessel). Highly possible due to High Altitude Sickness. He was leading a group of student leaders to scale Mount Kinabalu (4095m). They went up by the usual trekking route but descend by the via ferrata route.
He was a forever cheerful and inspiring figure among family, friends, colleagues and students. His departure is a lost not only to his close ones but also to the Education in Singapore.
Rest.In.Peace. 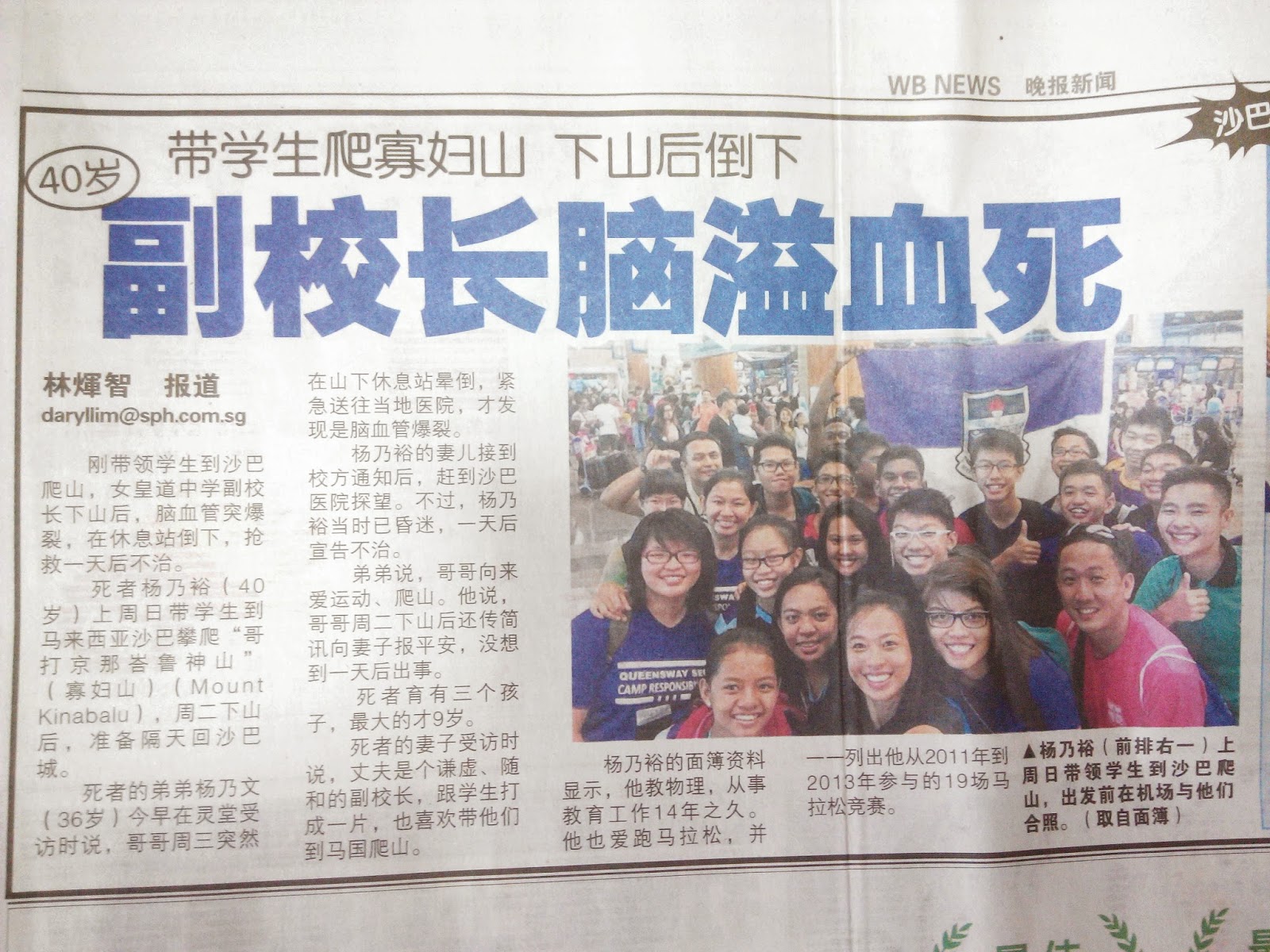 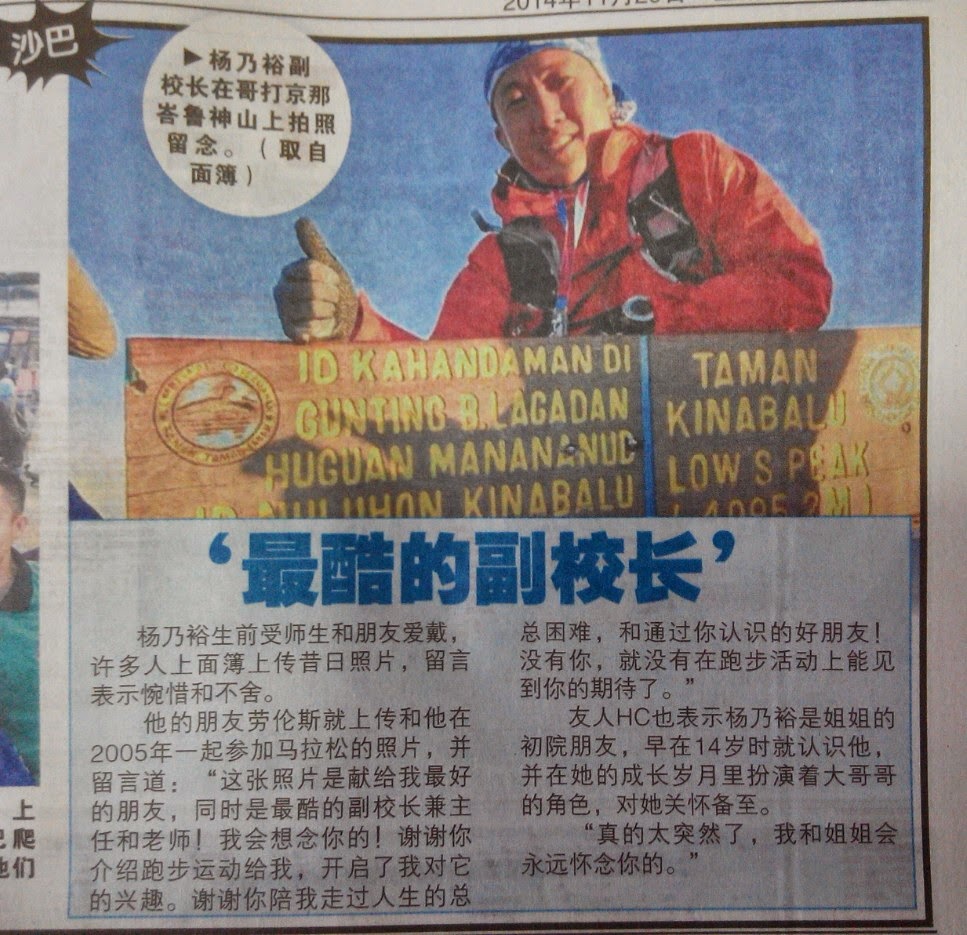 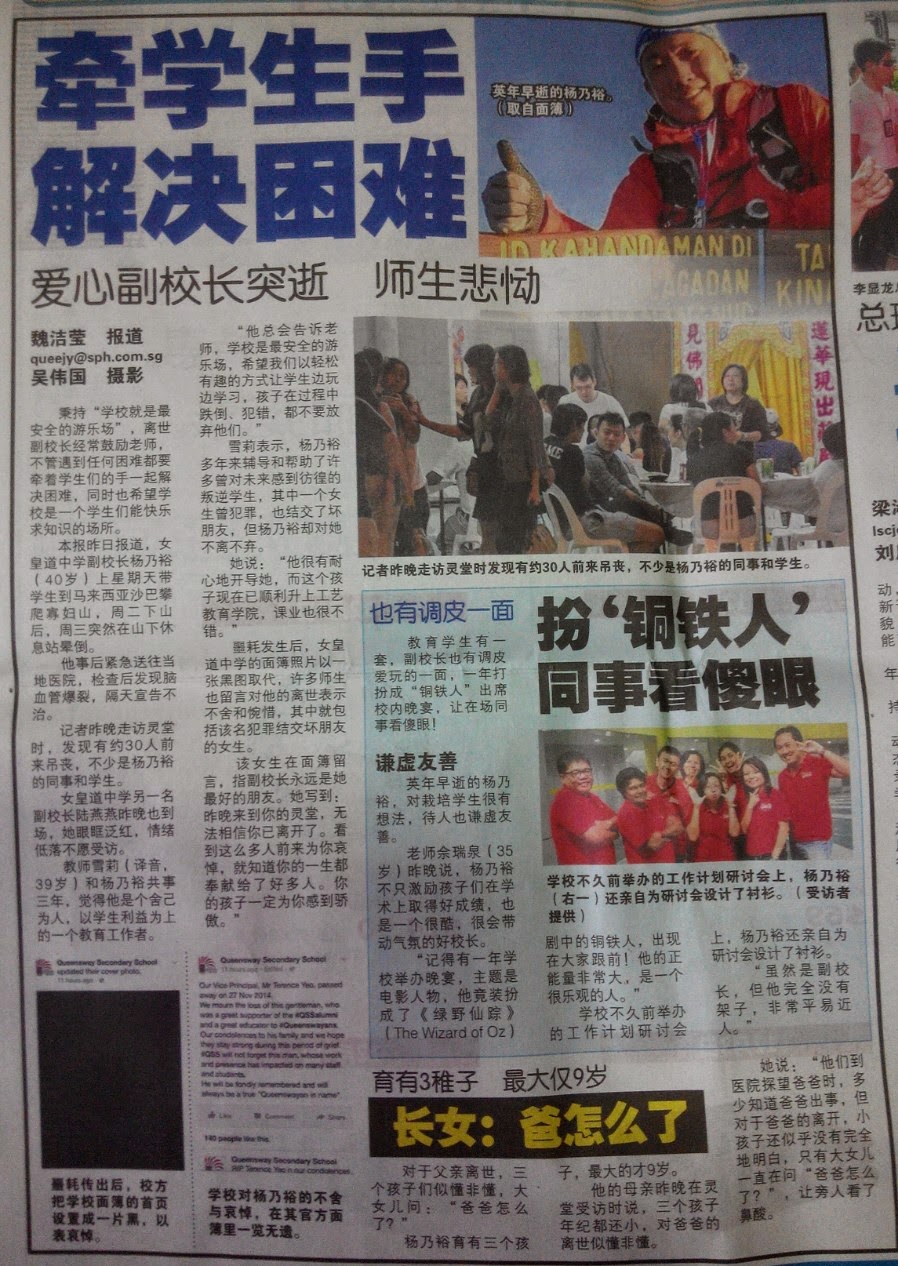 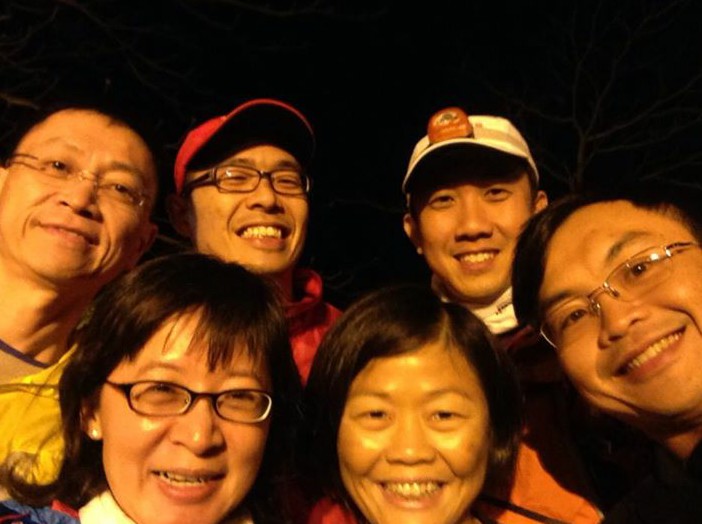 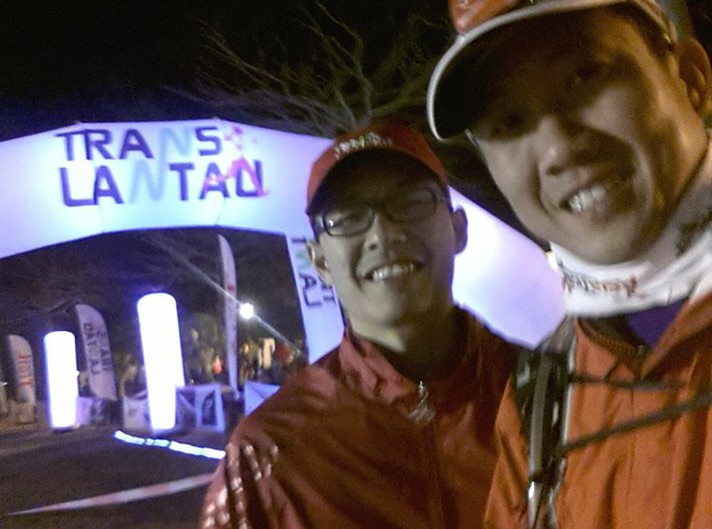 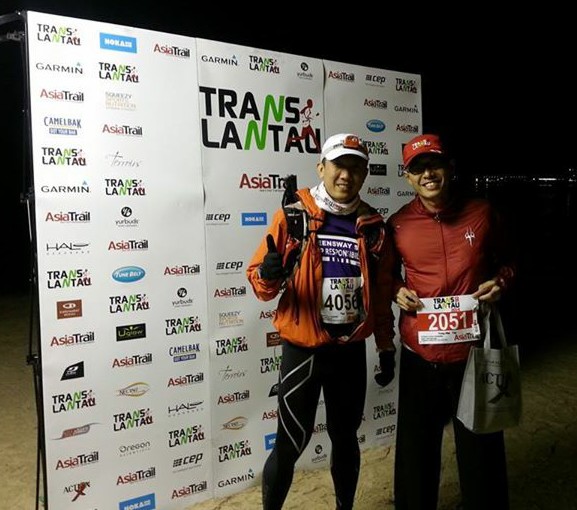 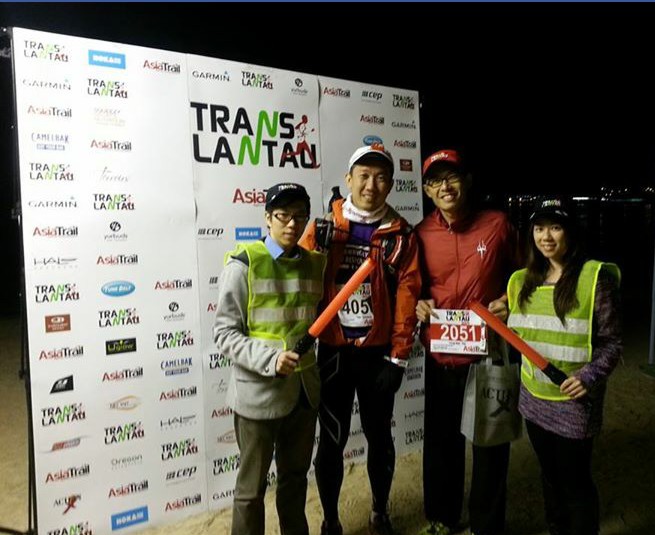 run to live
Once a Runner, Always a Runner Run to complete, No compete

This is a Flickr badge showing photos in a set called Run routes. Make your own badge here.

My Training Logs at